Lerato Motaung ( born 1991 in Katlehong) is a visual artist based in Johannesburg, South Africa. Following his trainings in sculpture and ceramic at the Katlehong art centre (2009), he received his diploma in Fine Art in 2015 from Tshwane University of Technology in Pretoria. For his primary means of expression, mixed media paintings, Motaung draws inspiration from his memories informed by his life- experience in three different environments: the metropolitan area of Johannesburg where he lives and works, the suburban ambiance of its township and the rural of North West Province ( where he grew up). He was the finalist of the PPC Imaginarium Awards hosted by the University of Johannesburg art gallery (2019). He took part in the artist- in- residency program In Bed with artist in Cape Town (2017), hosted by Nico Athene and sponsored by ALMA MARTHA. His group exhibition so far include: The Precarity of Spectacle, Michaelis Galleries- University of Cape Town (2020, upcoming); A memory, a story. Centurion Gallery, Tshwane (2015); For sale, Pretoria Art Museum, Tshwane (2015); On the Table, Tswhane University of Technology (2014); Aerial Empire, Joburg Fringe- Independent Art Fair (2014); Creatures of Light, Freedom Park Heritage site & Museum, Tshwane, (2014). 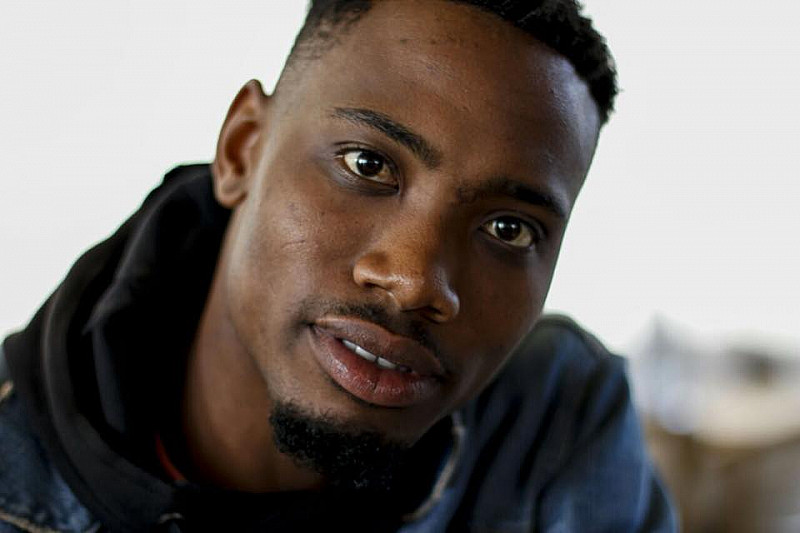 Life is what happens