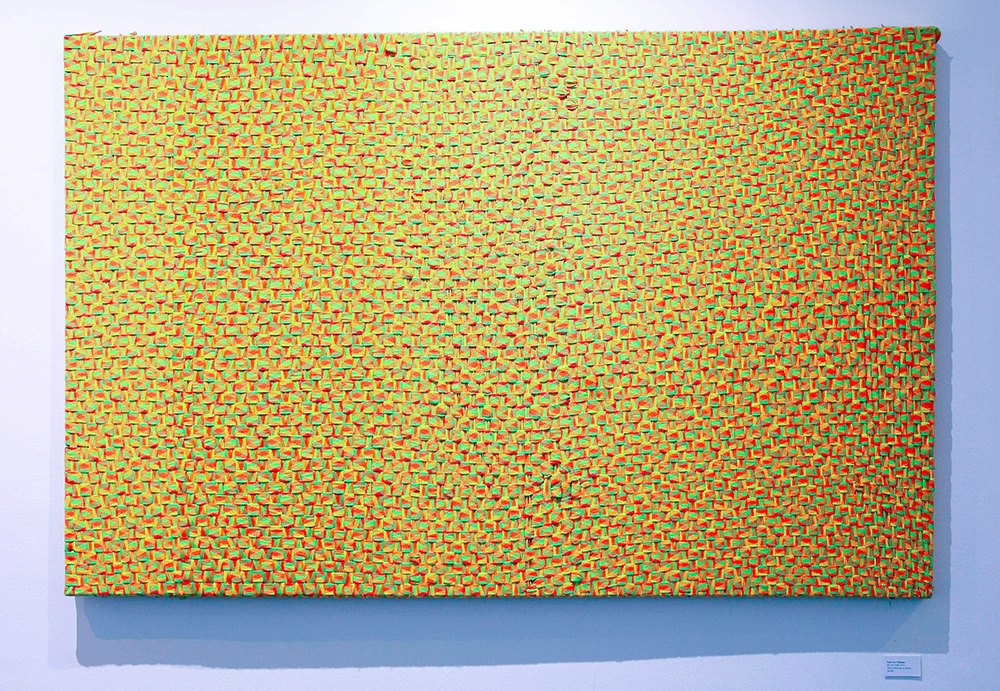 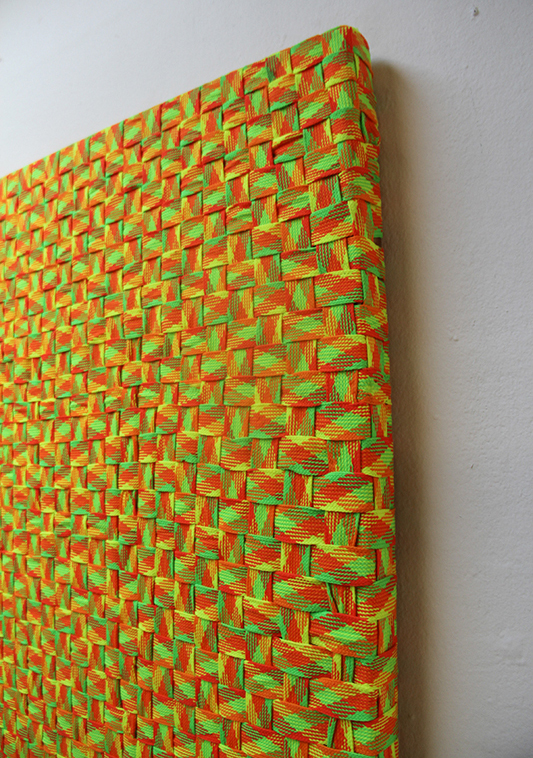 “Kort en Vrede” draws on a multi-layered definition of contemporary Africanism through the dirty spectacles of a Capetonian South African.

The work is inspired by migrations from within the African continent to South Africa and reflects on trade (in this instance particularly the trade methods used by Somali traders), knowledge and culture being brought into urban South African spaces like Bellville.

The work takes on a very street-savvy, urban, pop-art feel since the primary materials used to execute the work are a very particular type of shoelaces.

This type of shoelaces called "Crazy laces", with their various shades of neon colours, reference 1980's urban Cape Flats culture. These were verypopular amongst the youth on the Cape Flats who would weave them into the eyelets of their North Star Excitement sneakers instead of the standard, boring methods of lacing them up. Currently, 'crazy laces' are not stocked in the popular retail stores. To this end the piece serves as an autobiography – It recalls actual memories of lived experience from Mitchells Plain in the 80’s.

The title is also autobiographical since it refers to the street corner in Bellville which, on both loud weekend party nights and business weekdays serve as a vantage point, a base of operations, a nosy watchtower from which comings and goings are sometimes viewed.