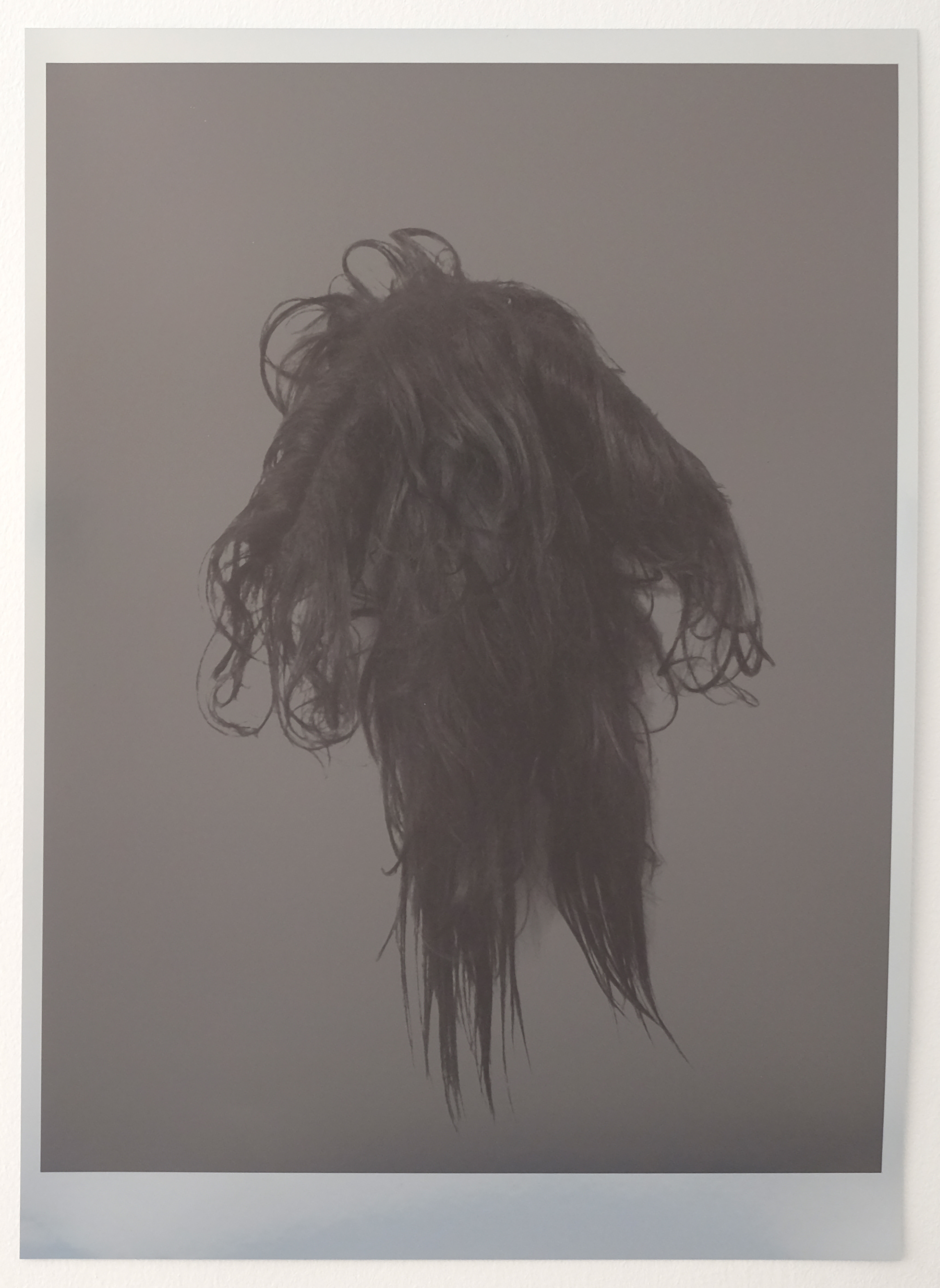 The Nsuki series is being exhibited for the first time at Latitudes Art Fair 2020. Its inaugural show in Europe will be at Belgium’s Poreus Exhibition curated by Stef Van Bellingen. From September 2021 it will be part of a large exhibition on my work at the deSingel Centre of Arts in Antwerp, Belgium, where my new performance SPIRIT CAPITAL on fluid cultural, national and gender identity will be presented.

The photo series Nsuki (“hair” in the Kikongo language) is a reflection on the politics of hair. Like Congolese body scarifications, hair and hair styles imprint your body with your gender, political and cultural identity. Hair and hair styles are also used as symbols and tools of resistance and resilience to neocolonialism and capitalism. Each portrait shows an object—a ritualistic power figure—with human and animal features, made from wigs and weaves that represent a fluid gender, political and cultural identity. Undefinable body features liberate bodies from any categorisation created to marginalise and dominate them. From this starting point, a point of neutrality, you can build a new identity with new references and meanings. All genders and ethnic groups use artificial hair as a fashion accessory that activates their bodies, liberating their colonised bodies and minds from categorisation. Human hair is a space of correlation where African and European cultural traditions cohabit and merge.

The objects/power figures are sold separately.