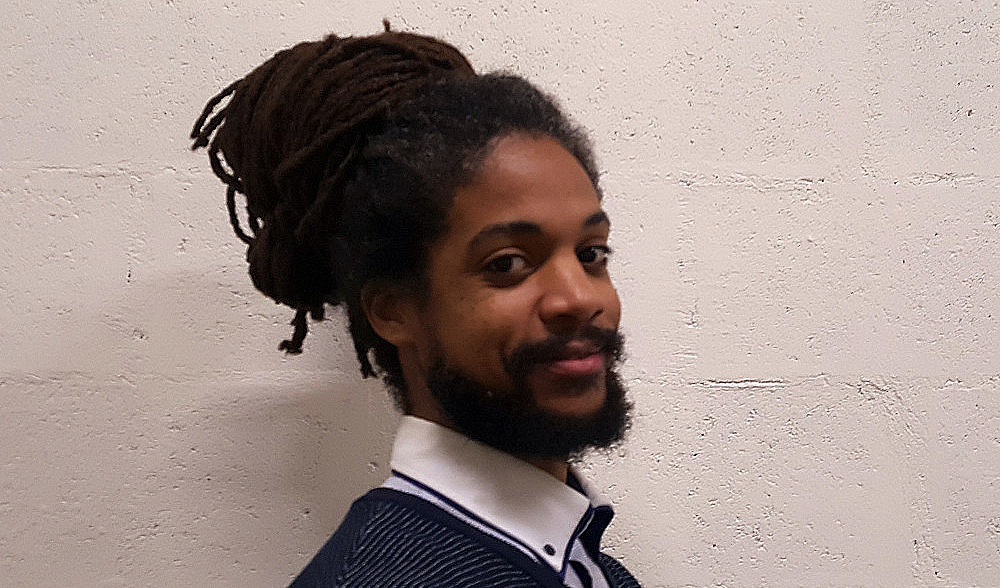 Born in 1986 in Guadeloupe and currently living in Paris, Geordy Zodidat Alexis is a committed multidisciplinary artist. His artistic practice touches various mediums, ranging from drawing to performance through installation and writing. Graduate in plastic expression from the Montpellier School of Fine Arts, he discusses societal themes in his works, including the question of living together and memory. As an artist of intermingling and hybridisation, Geordy Zodidat Alexis works on language and memory, on the intimate link between history, collective memory and personal remembrance.

Based on a reflexive approach, he questions his multiple cultural heritage (Caribbean, Africa and Europe) to bring out new thoughts. By confronting several cultures, which he discovers during his travels or his readings, he opens a humanist dialogue on the construction of the relationship with the Other and on the place of the human in society. Present on the French national scene and internationally (La Panacée in 2008, Mediterraneo Centro Artistico in 2014, Los Angeles Municipal Art Gallery in 2016 ...), Geordy Zodidat Alexis poets the real through sensitive and intimate works.